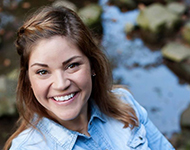 Josiah Venture's story began with the fall of Communism in 1989,  when they saw an opportunity to partner with Central and Eastern European Churches to reach the youth with the gospel of Jesus Christ like never before. Since 1993, Josiah Venture has expanded its impact from two countries to twelve, partnered with over 650 Central and European churches in reaching over 31,000 youth, and trained over 2,400 church leaders. How does a movement of God gain momentum? God’s own breath gives life and energy to His church, and Josiah Venture believes that He has begun to move in a special way in Central and Eastern Europe. From the book of Acts that the church grows through faithful disciples, as those who have been reached go on to reach others. The goal of Josiah Venture is to walk young people through this process of disciple making, challenging them to take the next step in the journey from unbelief to spiritual maturity. The strategy for training young leaders is based on the life and ministry of Jesus and His disciples. The Vision of Josiah Venture is a movement of God among the youth of Central and Eastern Europe that finds its home in the local church and transforms society. There are 32.5 Million Young People in Eastern Europe and less than 1% know Jesus Christ personally. Christy Owen grew up in Christ Community Church and is daughter to Jack and Jacki Owen. The CCC youth group took a short-term mission trip to Kiev, Ukraine in 1997 called Love the Children. It was trips like this one that impacted Christy at a young age. In the past 15 years, Christy served in Eastern Europe almost every summer and taught high school Choral Music in California. When Josiah Venture started combining music ministry in Eastern Europe, it became a perfect fit to move into full-time missionary work, working with Ukrainians to build Rock/Gospel Choirs across Ukraine.