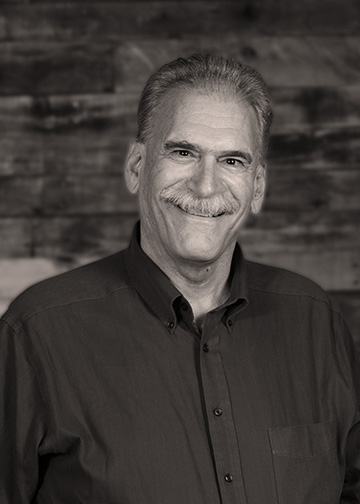 Mitch grew up in Denver, Colorado in a Conservative Jewish family, attending synagogue every Saturday morning and Hebrew School once or twice a week from Kindergarten through his Bar Mitzvah following 7th grade. He loved the traditions, history and culture of his people, but did not feel a personal connection to God. Mitch has a BA in Anthropology from the University of Colorado and an MA in Museum Studies from the U of A. After 11 years at the Desert Museum, he began a new career as the Public Information Officer for Tucson Water. He now holds a similar position for the Central Arizona Project. Mitch met the love of his life, Lillian, in 1982. Her influence, among many others that God orchestrated, brought Mitch to the point where he gave his life to Christ. Mitch and Lillian began attending Christ Community Church regularly in 1985. In 1986, Mitch was baptized here at CCC and he and Lillian got married later that year. They've been CCC members since 1989. Mitch and Lillian have been Community Group leaders for many years and have been involved in various other ministries. Mitch especially enjoyed being part of the music ministry of CCC. Mitch introduces himself as a “Messianic Jew," one who has been redeemed by Y'shua (Jesus), the Jewish Messiah. He joined the Elder Board in February, 2007. One of his favorite verses (and hymns) is (Lamentations 3:22-23).