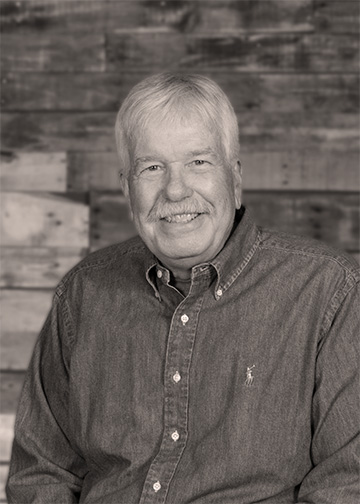 Rick grew up in Barrington, Illinois, and graduated from Monmouth College. After a few semesters at John Marshall Law School, he was hired by Merrill Lynch in Chicago.

He was transferred to Seattle in 1972, and started attending a neighborhood church, where he found Christ. In 1975, Rick was transferred to Tucson, and started attending Christ Community. He was an original Community Group leader, has taught high school, college and numerous other classes throughout the years. He has been on the Elder Board since 1989. In December of 2008, Rick retired from the financial world and accepted the position of Executive Pastor of Administration at CCC. In 2016, he transitioned from that role to part-time status overseeing the church's Pastoral Care Ministry. Rick is married to Carol, whom he met in college. They have a daughter, Shannon, who is married to Shawn, a deputy DA. They have two children--Sydney and Noah. Their son Chrisitan, a computer genius, is married to Linda and they recently moved to Akron, Ohio. They have two children--a son Chai and baby daughter Ella. Rick and Carol love their dogs, Gable and Harlow. Rick is an avid sports fan (cubs, cubs, cubs,) has served as a baseball chaplain for decades, and is a voracious reader and music enthusiast.