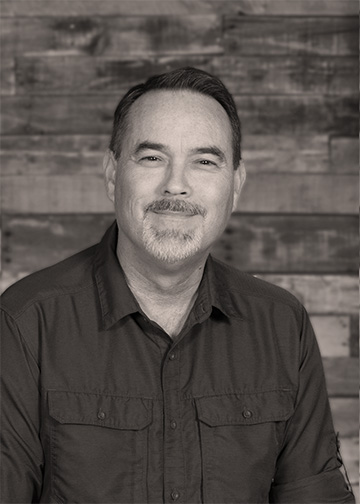 One of Tim's deepest passions has always been vocal music. In fact his original position at CCC was worship leader which he did faithfully for nine years.

He attributes his love of music to his late parents, Jerry & Beckie, who encouraged him to sing from an early age while listening to albums by Englebert Humperdinck, Frank Sinatra, Perry Como and Andy Williams. “We were a very musical family," Tim remembers.

Regardless of his dream to give Humperdinck some competition, Tim turned down a scholarship to study music at Northern Arizona University and instead pursued a career in broadcasting. He was News Director at KAIR/KJYK Radio in the mid 1980's, a retail sales manager, and then a recruiter for ITT Educational Services before responding to the call to ministry and joining the pastoral staff at CCC in 1998.

Currently, Tim is the Executive Pastor of Administration, an elder, and he also oversees the Senior Adult Ministry. He has been accused of excessively enjoying traveling and using his position at CCC to shamelessly travel the world, lead missions trips, and sight-see with his senior adult ministry. Admittedly, that's an accusation for which he has no valid refutation.